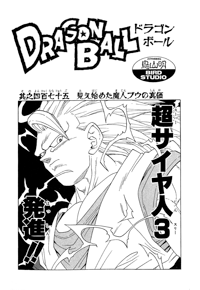 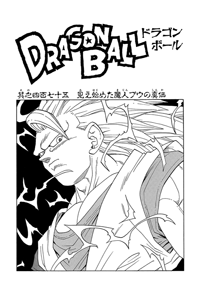 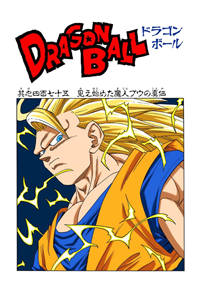 Majin Boo Begins to See His True Worth

Goku rushes at Boo and punches him hard in the face, but Boo comes right back with a punch of his own, sending Goku flying. Goku quickly catches himself, turn, and fires off a huge Kamehameha that shoots straight through Boo’s stomach. However, Boo instantly heals, and counters with his own Kamehameha. Goku manages to swat Boo’s Kamehameha back, but Boo deflects it off to the side, nearly hitting Bobbidi. The blast blows up off in the distance and the explosion is felt atop God’s Temple. Bobbidi yells at Boo to be more careful, and then tells Goku he’s not much of a “friend of justice”, since that blast just destroyed about a tenth of the Earth. Goku compliments Boo, saying he’s surprisingly gifted in his ability to instantly make his opponent’s technique into his own. Boo laughs and grows a nose like Pinocchio, as Goku notices that Trunks’ ki is speeding up, meaning he’s found the Dragon Radar and is leaving West City.

Goku drops out of his Super Saiyan 3 form, and Boo asks why; he was having fun fighting. Goku says it’s been an honor, but he has no time to play. Bobbidi says he won’t get away alive. Goku asks Bobbidi to wait three, no, two days, and then those three will appear. However, don’t kill anyone in those two days. Boo is intrigued, wondering if they’re strong, but Bobbidi says no way. Goku had figured Boo might like a fun fight, and says he’ll make sure Bobbidi gets a suitable punishment when he goes to Hell. Goku then teleports away, and Bobbidi wonders why he had even come here. Then Bobbidi yells at Boo that he got away, because Boo’s too slow. He tells Boo to go look for him, but Boo ignores him and starts to get angry.

Boo then turns around, grinning, saying he’s realized something good. Bobbidi doubts that, since Boo is so stupid, and wants him to hurry up and tell him. Boo leans in, and then grabs Bobbidi by the neck, choking him. If Bobbidi can’t talk, he can’t recite the spell to seal Boo away. Boo doesn’t need him anymore, and tells Bobbidi he’s stupid, just before punching his head off. 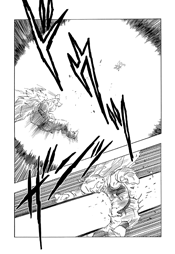 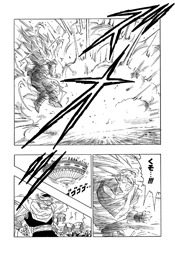 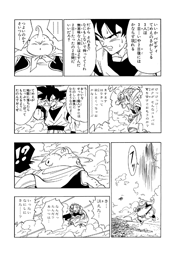