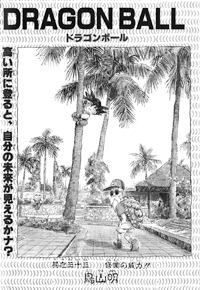 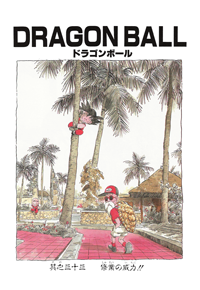 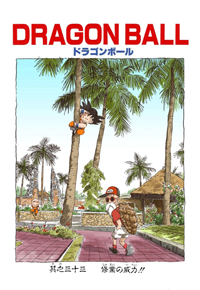 The Power of Training!!

Goku and Kuririn are staring at the crowd, and Kame-Sen’nin tells them to move along. A guy with a megaphone tells all the participants to head to the Competitor’s Hall for the preliminary rounds. Before they head in, Kame-Sen’nin pulls something out of his suitcase for them: some Kame dōgi. The orange outfits have the kame kanji on it, and they both are ecstatic to wear them. Kame-Sen’nin tells Goku and Kuririn that they’ll have to make it through the preliminary rounds to compete in the final eight. He tells them that he’ll be watching from the audience and wishes them good luck.

Inside the hall, there are all kinds of people, and one of the Budōkai officials thanks them for coming. There are 137 contestants, but only eight will make it to the real tournament. The official goes over the rules: “The fights are one-on-one atop the contest platforms. If you fall from there, faint, say you give up, or cry, it’s a loss. However, killing your opponent is forbidden, as is the use of any weapon! You’ll have only one minute to fight in the preliminaries, but if there is a draw, the match will be decided by judgment.”

Everyone draws a number to see which of the four preliminary blocks they’ll end up in, and only two people from each block will advance to the final eight. Kuririn draws #93, and Goku #70. They’re both in Block Three, but Goku says it’s on opposite ends, so they won’t have to fight each other. The first match in Block Three is #69 vs #70, so Goku is called up to fight a huge wrestler-looking guy. The match begins, and Goku rushes at him, but runs through his legs. The guy wonders where he is, so Goku taps him from behind, but the tap knocks him off the platform. And so Goku wins his first match.

Kuririn’s impressed, but Goku can’t believe his own strength. While they’re talking, two guys dressed like monks show up who are from Kuririn’s Ōrin Temple, and are much bigger than him. They start picking on Kuririn, and one of them asks what number Kuririn has. The tall guy says that they’re opponents in the upcoming match, and they walk away laughing. Kuririn’s nervous, but Goku gives him a pep talk. Some time passes, and it’s time for the match. The match begins, and the tall guy swings at Kuririn, but he jumps over it. Kuririn comes back down and flies at him with a kick to the gut, which sends the guy crashing through the wall. Kuririn is announced the winner, and Goku says that their training has paid off, while Kuririn still can’t believe his own strength. 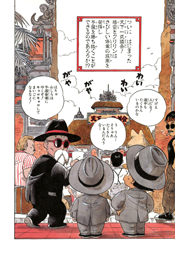 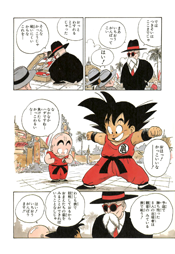 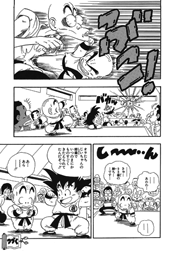