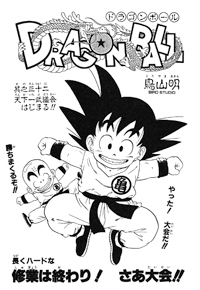 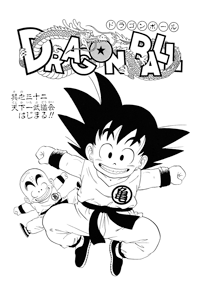 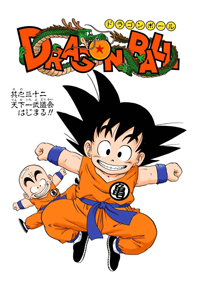 As the days until the Tenka’ichi Budōkai wind down, Goku and Kuririn continue their training by zig-zagging through trees, climbing up the stairs to the top of mountain, hiking through the desert, and running away from dinosaurs while delivering milk. With one month left until the tournament, Goku tells Kame-Sen’nin to come take a look at what he can do. Goku demonstrates that he can push the huge boulder now, and so can Kuririn. Kame-Sen’nin thinks that this was just a joke, and heads back at the house. He tells them he still won’t be teaching them kenpō, but instead he’ll give them heavier 40 kilogram turtle shells.

The final month has passed, and it’s finally time for the Tenka’ichi Budōkai in South City. Kame-Sen’nin is all dressed up, and there’s a car waiting for them outside of the house. He tells Goku and Kuririn that they can go ahead and take their turtle shells off now. After doing so, they how light they feel and Kame-Sen’nin tells them to try jumping. They both jump off of the ground and end up way up the air. When they come back down, they’re amazed at how high they had jumped. They both quickly change into suits (which match Kame-Sen’nin’s), and he tells them to hurry into the car so they can catch their plane. They all say goodbye to Lunch and drive off.

After catching their flight, they’re finally off to the tournament. Goku is impressed by the size of this “thing”, but notes that it is much slower than Kinto-Un. Meanwhile, Kame-Sen’nin is busy grabbing a stewardess’s butt. When they get to the city, a taxi takes them to the Tenka’ichi Budōkai registration area. At the information desk, Kame-Sen’nin tells the attendant that the boys aren’t spectators, but participants. 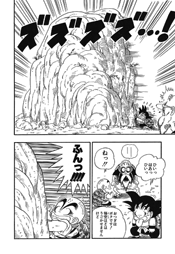 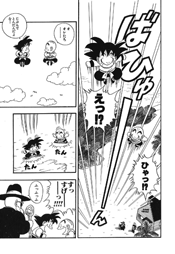 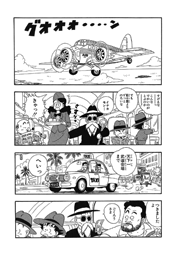