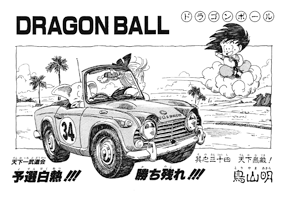 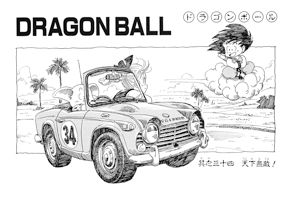 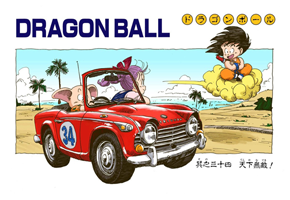 Goku kicks a guy in the face, and knocks him out for another win. Then Kuririn goes up against a typical martial arts-looking guy. He kicks Kuririn in the gut, while he’s distracted by Goku’s cheers, and then elbows him in the back, knocking him to the ground. He starts beating on him while he’s on the ground, but Kuririn just gets back up unscathed. Kuririn thinks how amazing Muten Rōshi’s training really was, and says it’s time for his counterattack, but the guy just gives up (having seen how the kid was unaffected by his attacks).

The two of them progress further, until it’s the final match of the first half of Block Three. The winner will advance to the Tenka’ichi Budōkai. Goku is in the match and Kuririn is standing off to the side, cheering him on. Yamcha (with a shorter haircut) is standing next to Kuririn, and thinks Goku must be the strong brat that everyone has been talking about after all. The match begins, and the guy talks about how his Shishiga (Lion’s Fang) Style won’t lose to a kid. The guy swings at Goku, but Goku disappears, and re-appears above him. Goku comes down, and the guy takes an attack stance, but Goku avoids his attack and sweep kicks him. He then grabs the guy by the feet and tosses him out of the ring. It’s a ring out. Goku wins and will be competing in the Tenka’ichi Budōkai.

Now it’s time for Kuririn’s final match. Yamcha congratulates Goku, but Goku doesn’t recognize him. He calls out Rōga Fū-Fū Ken, and Goku remembers who he is. Goku says he didn’t recognize him with shorter hair, and Yamcha says Bulma made him cut it (it wasn’t fashionable in the city). Goku asks if he’s also a participant, and Yamcha says yeah, he’s been training for it as well. He’s pretty impressed with Goku’s progression with Muten Rōshi’s training, and Goku says he’s surprised too. Meanwhile, Kuririn has won his match and will also be competing in the Tenka’ichi Budōkai. Yamcha asks if he’s also one of Muten Rōshi’s students and Goku says that he’s the guy he trained with. Kuririn and Goku have a happy dance, and Yamcha thinks it’ll be hard to make it to the semifinals. Yamcha tells Goku that Bulma, Oolong, and Pu’er are in the audience. As they leave the hall, Kame-Sen’nin stumbles upon them outside. 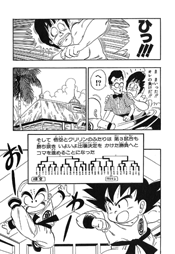 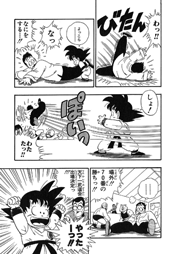 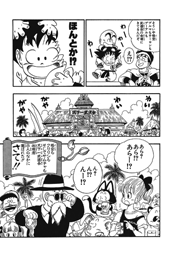