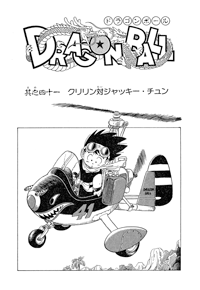 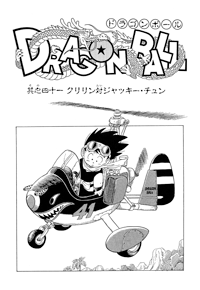 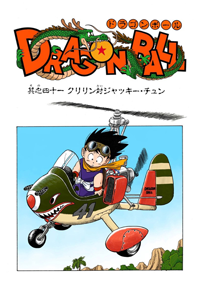 Goku is happy as Giran slumps backstage, and the announcer calls Kuririn out so he can interview the two of them. The announcer congratulates them, and says they’re really amazing even though they’re small. He confirms that Kuririn is thirteen, then asks Goku how old he is, putting the microphone to Goku’s face. Goku asks if he’s giving “this” to him. Kuririn yells at him, telling him that that’s a microphone, a thing to make your voice louder, and the announcer laughs at their gag.

Goku counts on his fingers, and says he’s twelve. Kuririn says that before, he said he was fourteen. Goku explains that when Kame-Sen’nin taught them arithmetic, he learned that twelve is what comes after eleven. The announcer says that since he’s only twelve, he’s now the youngest competitor ever at the tournament. Kuririn comments about Goku being younger than him, but Goku points out that he’s still taller.

The announcer asks about Goku’s tail; is it real? Kuririn agrees that he’s never heard of human’s suddenly growing tails. So, Goku drops his pants and shows that it’s real. The announcer wants them to stop the comedy act, and asks about their uniforms; did they learn martial arts from some dojo? Kuririn says it’s not a dojo, but they received training from Muten Rōshi. The announcer says he’s heard of him, and that he’s surprised Muten Rōshi is even still alive, and Jackie falls over backstage. Yamcha approaches him, and asks him if he’s really Muten Rōshi, but he just says, “I’m Jackie Chun.” Yamcha insists he is, with his technique, his lewd behavior, and even his face is identical if you take a good look. He says that he must be wearing a wig on his head. Before he can respond, though, Jackie is called to the ring.

The announcer says they’ll begin the match now, but Jackie wants an interview, too. He snatches the microphone from the announcer, puts on a cute face and says “Hiii, it’s Chun-chan!!”, and the announcer falls over. Then Jackie starts rapping and dancing. (Goku even jumps in and starts dancing along with him; it’s all very cute!). The announcer is speechless, and calls for the fifth match to begin. 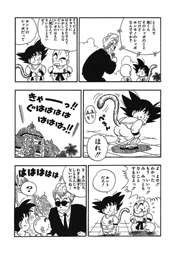 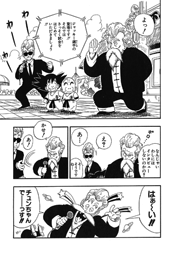 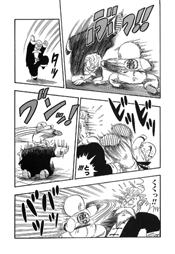