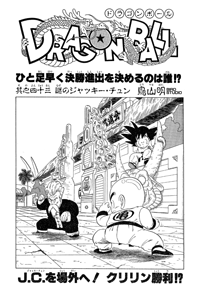 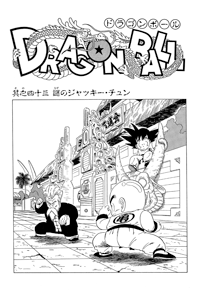 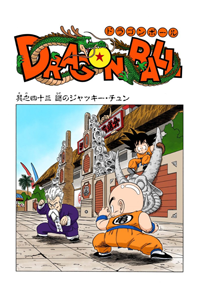 Kuririn seems to have won, and he’s very excited. Jackie, on the other hand, is way out there, and he doesn’t want to lose. So, he positions his hands, and fires off a… Kamehameha! The Kamehameha propels Jackie backwards and he lands back in the ring. Everyone’s jaws drop, and Goku asks if that was a Kamehameha. Kuririn freaks out when he hears that, and the announcer says he’s heard that the only person in the world who could use that was Muten Rōshi. Yamcha’s now positive he’s Muten Rōshi, and Jackie offers his autograph to the girls.

Jackie prepares to resume the match, and Kuririn asks Goku what he should do. “Win!! Just win!!” Kuririn doesn’t think much of that advice, and then rushes at Jackie. Except Jackie jumps over him, and laughs at Kuririn for having crashed into the wall. Kuririn’s pissed, and runs at Jackie again, but he vanishes. Goku yells out to look behind him, but it’s too late, and Jackie pops Kuririn on the back, knocking him out. Jackie walks backstage as the count begins. As the count reaches ten, Jackie is announced the winning by knockout.

Yamcha’s impressed with that speed, using afterimages, as Kuririn is carried backstage on a stretcher. Backstage, while Goku asks Kuririn if he’s alright, Yamcha blurts out that Jackie is really Muten Rōshi. Goku says he can’t be, since Kame-Sen’nin doesn’t have hair, but Yamcha says it’s a wig. Yamcha grabs Jackie’s hair and starts yanking it, but it won’t come off. So, Yamcha suggests this must be his real hair, and he normally wears a bald cap. Then he tells Goku to see if he smells like Muten Rōshi, but Goku says there’s some weird scent in the way (Jackie is spraying perfume on himself). Finally, Goku and Namu are called out for the sixth match, but Yamcha still thinks Jackie is Muten Rōshi. 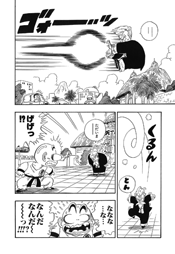 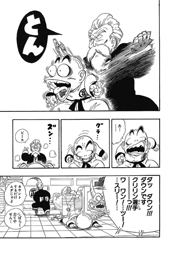 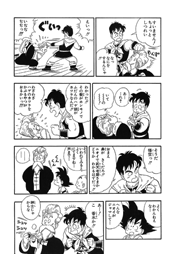