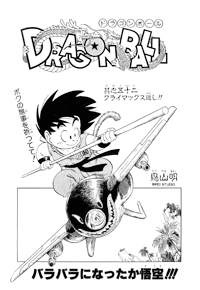 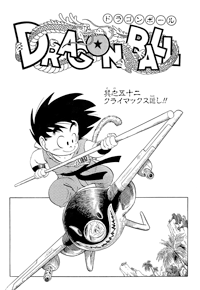 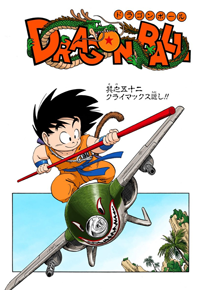 The announcer starts to declare Jackie the winner, while Kuririn screams out that he’s a murderer. Jackie points over at some rubble, where Goku’s lying naked and everyone is shocked to see he’s still alive. Jackie explains that what he blasted with the Kamehameha wasn’t Goku, it was the moon! The announcer looks up and is astonished to see the moon is missing from the sky. He starts going on about how there’ll be no more eating dango (Japanese dumpling made from rice flour) by the moonlight, wolfmen won’t be able to transform, elegance and crap are all gone…

Jackie yells at him to stop blathering and make the count, but Goku gets up at two. He wonders why he’s naked, but no matter. Goku faces Jackie again, and Jackie is pissed that his Kamehameha used up all of his energy. Goku is still naked, so the announcer puts the match on hold, and asks Goku if he could put some clothes on before continuing. Kuririn climbs in the ring and says he’ll give him his dōgi. The two head backstage to change and Kuririn puts on his old Ōrin Temple outfit.

Goku’s hungry as he gets back into the ring, noting that his strength has also reduced. Jackie tries a finisher Kamehameha, but he’s too pooped out, and nothing happens. Goku realizes that if Jackie can’t use the Kamehameha anymore, he can’t fly either. Goku unleashes his own Kamehameha, and Jackie just barely avoids it. Goku takes the opportunity to jump kick Jackie. Goku lands, and Jackie falls outside of the ring. Everyone thinks Goku has won, but Jackie tells everyone to look; it’s not a ring out. He has his left foot in the side of the ring, and he’s a few inches above the ground. So, the match will continue. Jackie tells Goku the rest of this match will be hand-to-hand combat, and the stronger one will be the victor. Goku refuses to lose, while Jackie contemplates Goku’s small body, which gives him a realization. Jackie and Goku both dart towards each other. 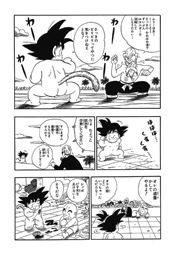 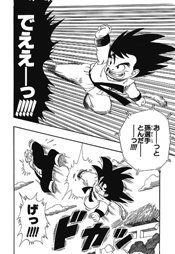 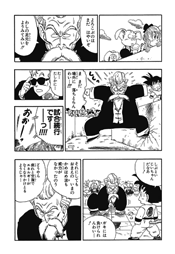