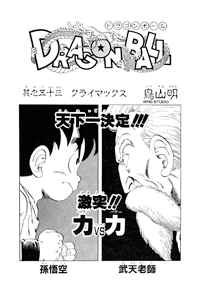 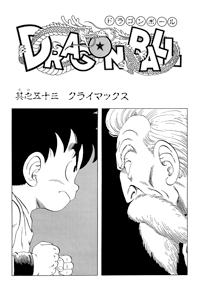 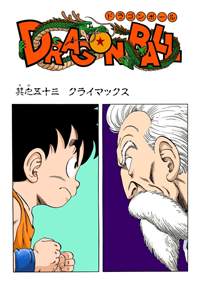 Jackie and Goku keep darting toward each other, and they both jump into the air, kicking each other in the face. The announcer begins to count as it looks to be a double knockout. One… Two… Three… Four… Five… Six… Seven… Eight… Nine… Ten! Neither Goku nor Jackie have gotten up, so the announcer says that in this event, it will be a sudden death until someone gets up and says, “Yūshō shita mon nē” (I am the champion). Goku slowly gets up, with Jackie a step behind him. Goku grins, and slowly says, “Yu… Yūshō…shita…mo…n…” But before he can finish, he falls back over, still smiling.

Jackie finally gets up and struggles to say, “Yu…Yu…Yu…” He then stands on one knee, making a victory stance and calls out the full line. The announcer pronounces Jackie the winner of the Tenka’ichi Budōkai. Jackie thinks to himself that it must have been because he has longer legs, so his kick was more effective. Goku slowly wakes up, realizing he’s lost. He asks Jackie if they can fight again after he trains some more and gets stronger, and Jackie agrees. 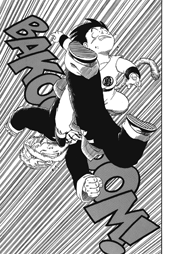 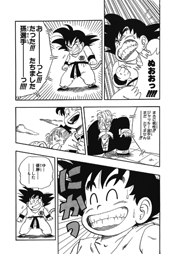 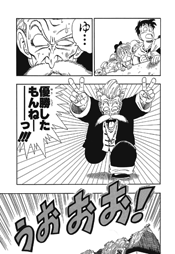