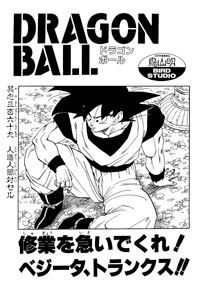 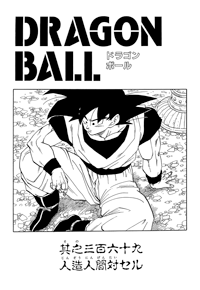 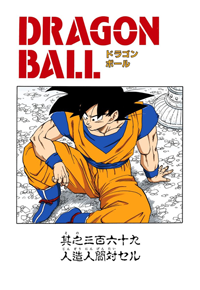 The Artificial Humans vs Cell

Piccolo gets pissed that Cell is here, he hadn’t noticed since he was so focused on fighting. No. 17 wonders what this weird guy is, and Piccolo is surprised the artificial humans don’t know about Cell. Cell says this is the day he’ll combine with No. 17 and No. 18 and finally reach his perfect form. He looks at the artificial humans: No. 17. No. 18…….?! He doesn’t know who the other one is, but he must be one of Doctor Gero’s other artificial humans since he has the Red Ribbon Army mark on his chest. But he doesn’t matter, he’s an older model. Cell steps down from the rocks he’s perched on, and starts powering up, blowing up the surrounding area in the process. He walks right past Piccolo, who is too shocked to try to stop him. But then Piccolo asks how many lives he sacrificed to power up so much, and Cell says they weren’t sacrifices. They should feel honored to be a part of his power.

Kuririn says Cell’s powered up a lot, and Tenshinhan thinks it’s all over. Kame-Sen’nin says no matter how fast Bulma comes with the controller, it’ll still take her twenty minutes. Kuririn says he’ll go fly and get it, since he can fly much faster than Bulma’s plane, and he flies off. Tenshinhan says he’s going to aid Piccolo. Even if he’s of no help, it’s better than just standing around here, and he flies off, ignoring Kame-Sen’nin’s objections. Kame-Sen’nin regrets that the once “World’s Greatest Muten Roshi” can’t do anything as he is now. Back at the battlefield, No. 17 tells Cell to leave, he’s in the way, and he was busy playing with Piccolo. Piccolo then yells out, “No. 17!!! He plans to kill and absorb you!!! Get out of here!!!!!”

Before No. 17 can really react, Cell suddenly strikes at No. 17 with his tail, and No. 17 just barely manages to get away. Cell continues trying to get him with his tail, while No. 17 barely dodges. Then Cell grabs his wrist and slams him into the ground. Cell tries to get him with his tail while he’s down, but Piccolo suddenly kicks Cell in the face, saving him. No. 17 gets up, and asks Piccolo why this monster wants to absorb him. “I’ll say it simply. His name is Cell, and he was created by Doctor Gero’s computer. He’s still incomplete, and he must absorb you and No. 18 to reach his perfect form.” Cell tries to tell him it’ll be great to be a part of his perfect super power. The ultimate warrior Doctor Gero spent so many years working on. No. 17 doesn’t intend to get absorbed, and says he’s already the ultimate warrior anyway. Cell says it doesn’t matter if he intends to or not, it’s already been decided that he will be absorbed. No. 17 says he’s going to shut Cell up.

No. 16 yells for No. 17 to run away, the enemy’s battle power is far too great. No. 16 calmly says he won’t allow this monster to reach his perfect form. His aim doesn’t seem to be Son Goku’s death, but to destroy the whole universe. No. 17 won’t listen though, and rushes at Cell, but gets pounded to the ground as Piccolo runs in to help. 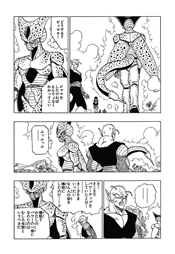 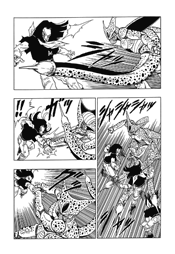 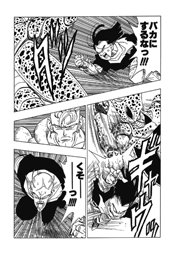