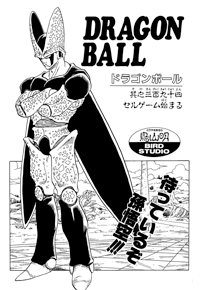 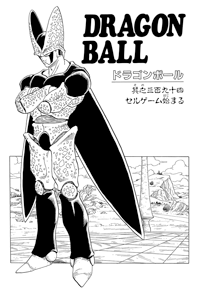 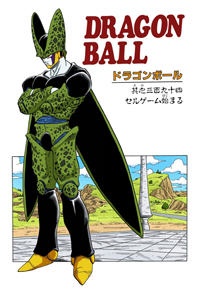 Piccolo wonders if Dende can really make Dragon Balls, but Goku says the elder Namekian said he was excellent. Dende thinks he can make Dragon Balls in about one hundred days, and Goku can’t believe it’ll take that long. Dende then realizes he could just restore the Dragon Balls here that have turned to stone, and that can be done right away. Kuririn thinks that’s great, and asks if he can make it three wishes like the Namek dragon. Dende says he can, but Piccolo wonders if it would be able to return life of a bunch of people all at once. Dende says with those restrictions, he could make it grant two wishes. Piccolo says that’s good, and Dende asks for the model of the dragon, and Mister Popo goes and gets it.

Dende stands over the casing, and shoots off some magic stuff. Then light shoots up from it, and scatters down to the Earth. Dende says the Dragon Balls should be restored now, and Piccolo thinks Dende really does have excellent power. Goku says he’ll go borrow the Dragon Radar from Bulma and gather them. He says Gohan doesn’t need to train anymore, and he can stay here and play with Dende until the Cell Games. Then Goku teleports away. Trunks asks Gohan if he knows why Goku is acting so lightly, when he says Cell is stronger and he doesn’t know any weak point. Gohan doesn’t know either, his father has only told him to have fun. Kuririn says for Goku to say that, there must be some chance of victory.

Goku has arrived at Bulma’s lab, where she and Dr. Brief are working on No. 16, and he grabs the Dragon Radar. Then he sets off collecting the Dragon Balls. And so time passes. Vegeta emerges from the Room of Spirit and Time. Cell is standing in his ring, thinking maybe ten days was too long. And now Goku has gathered all seven Dragon Balls. The world is putting all their hope into the world fighting champion, Satan, who says he can stand up to Cell. And then the fated day, M 17th, arrives. Goku changes into his dōgi and sets off, with Chi-Chi asking him not to die. She also tells him not to let Gohan fight, but Goku kind of ignores her and leaves. At God’s Palace, he sees that Piccolo, Kuririn, Gohan, Trunks (with long hair again), Dende, and Mister Popo are all there. Vegeta has already left.

Goku asks them why they all look so down. Kuririn says that like before, the Dragon Balls can return lots of people to life in one wish. But also like before, they can only return to life people who’ve never died before. Dende apologizes, wishing he’d said something sooner. Goku tells Dende not to worry, they won’t die. Kuririn wonders how Goku can say that, but Goku says don’t worry, let’s go. In the ring, Cell is waiting. A reporter and a cameraman are on a cliff overlooking the ring, as Mister Satan’s car arrives. Satan raises his fist for the camera, and people watching around the world cheer for him. Satan looks at Cell, and then gives him a thumbs down. The reporter, serving as an announcer really, says that Satan has declared his victory. Cell wonders who this worm is, while the announcer says there’s only fifteen minutes until the Cell Games begin. He predicts Satan will be in the lead against Cell! 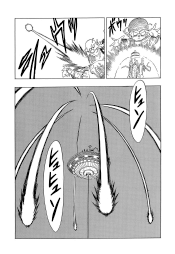 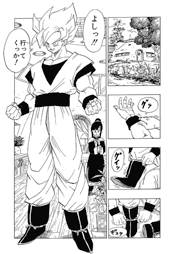 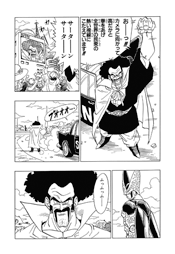