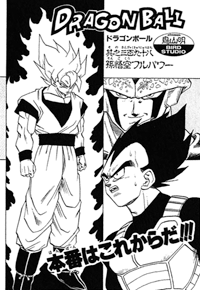 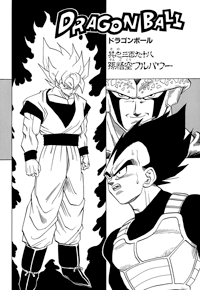 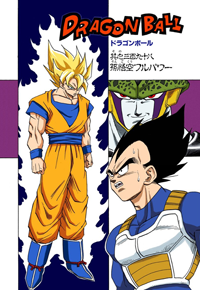 Goku and Cell stare each other down, and Kuririn thinks now the real fight will start. The announcer thinks the unknown competitor was pretty amazing, and asks Mister Satan what he thinks. Satan nervously says that was better than he thought, but that’s probably as good as he gets. Cell and Goku each think about the other, and then Goku gets serious and says, “Alright!!” Trunks thinks the look in Goku’s eyes has changed, and Cell thinks his full power is coming. Goku starts powering up, blowing everyone back. Then he’s done, and Vegeta, Trunks, and Kuririn are amazed at his power. Gohan thinks, “Why is everyone so surprised? Sure I think he’s incredible, but…”

The announcer wonders what happened, it seemed like an explosion, and the unknown competitor seems to have flames coming out of him now. Then Cell powers up too, knocking everyone back even more. So now both Cell and Goku are glowing. The announcer says Cell did the same thing, and Satan says it’s just a stupid trick. Goku then walks up to Cell, and Cell says come on. So Goku punches Cell in the stomach, then elbows Cell in the back, kicks him, and finally punches him. Cell goes flying, but he stops himself mid-air, while upside down. Cell says this is great, it would be no fun if they didn’t use their true strength, and Goku agrees. 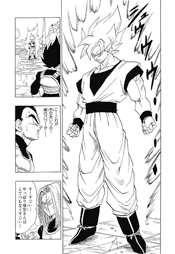 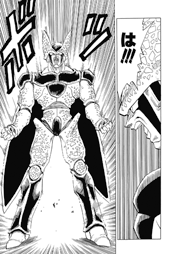 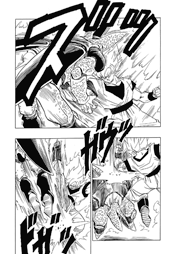