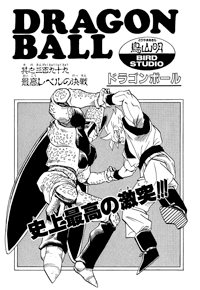 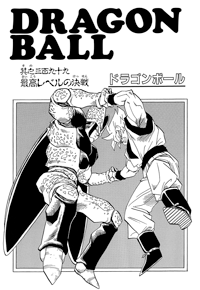 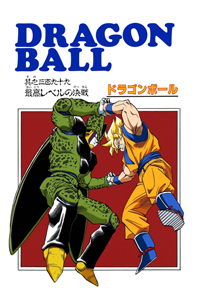 Showdown at the Highest-Level

The announcer and Satan are shocked, and the announcer asks the cameraman if he got that. The cameraman says he couldn’t get something that fast. Cell, on the ground again, wipes a trickle of blood from the side of his mouth, and then starts up a Kamehameha. Goku yells at him to stop, if he uses a Kamehameha with that much power… Cell continues anyway, and so Goku heads up into the air, and Cell fires it off toward him. The Kamehameha is tremendously huge, shooting way out into space, and Goku just barely manages to escape its path with Shunkan-Idō. Goku reappears behind Cell, and kicks him before he can even react.

Cell is pissed, and wants to know how he can appear and disappear like that. Goku says Shunkan-Idō, and Cell says that’s an annoying technique. Goku also wants to know, if he hadn’t flown up in the sky, would Cell have destroyed the Earth with that Kamehameha. Cell says it doesn’t matter, because he knew Goku would fly up to divert it. Goku thinks Cell is skilled in the head, too. Though, Cell doesn’t intend to destroy the Earth, because then his fun would be over. Cell then charges forward, before Goku can react, and knocks Goku in the face. Goku tries to hit him back, but Cell hits him from behind, knocking Goku into the ground. Goku pushes himself up into the air, but Cell is already up there behind Goku, and knocks him back into the ring. Cell says that even though he can’t use Shunkan-Idō, he’s confident in his speed. 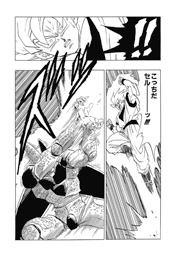 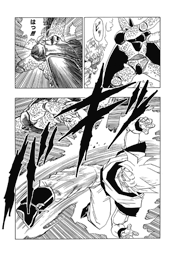 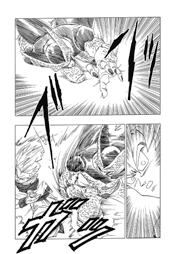