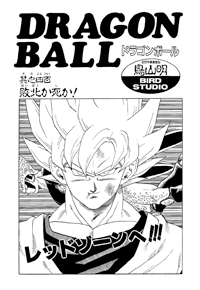 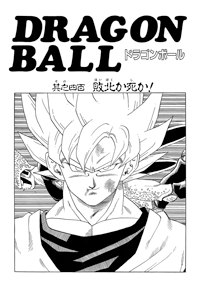 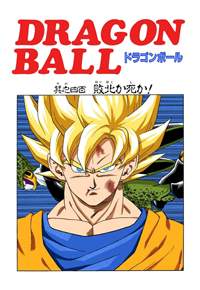 Cell delivers a hard punch to Goku’s face, and then goes for another, but Goku ducks it and kicks Cell into the air. Goku teleports up in the air behind Cell, and strikes at him, but it was just an afterimage. The real Cell is behind Goku now, and he swats at him, but Goku just barely dodges. They float there mid-air, while Satan and the announcer wonder where they went, and Kuririn is amazed at their speed. Cell says he didn’t think it would be this fun, and he’d hate for it to end from a ring out. He says he’ll remove ring outs being a loss from the rules, since they have no need for it. Goku screams down at everyone to get away from the ring, as Cell points his hands down at the ring, preparing to destroy it.

There’s a giant boom, and just like that a big hole appears in the ground where the ring used to be. Everyone made it to safety though, with No. 16 having taken care of Satan and the others. He tells them to leave, they’re in the way, but they won’t listen. Cell and Goku both land on the ground, and Cell says now the whole ground will be their ring. And now, victory will be decided by either giving up, or death. Goku agrees they should get to it. Cell fires a blast, but Goku dodges it. Cell fires another, and Goku dodges again. Cell fires a whole bunch this time, and Goku does his best to dodge them all, then he takes to the air.

Goku begins to power up a Kamehameha, but Cell says Goku would never fire one from there. “If you do, the Earth itself will be in danger!!” But Goku continues charging up his attack. As the attack is nearly finished, Cell begins to look terrified, realizing Goku’s actually going to fire the Kamehameha at him and the Earth! 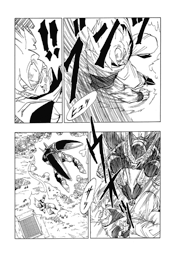 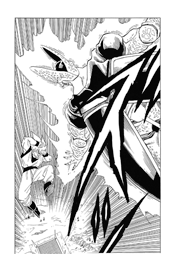 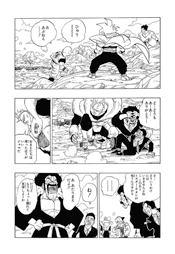