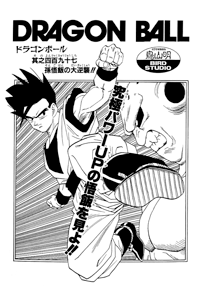 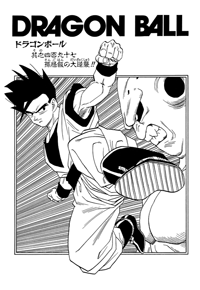 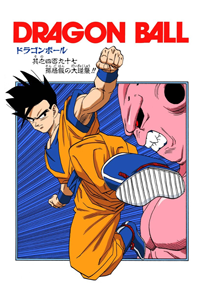 Everyone wonders it is that has such a powerful ki, and Boo stands up to look as well. Piccolo thinks it may be a new enemy, until it gets closer and Piccolo realizes it’s Goku. But Goten quickly corrects him, “No!!! Brother… It’s Brother!!!!” Piccolo can’t believe it. Gohan lands in front of them, glad he made it in time. Gohan says Kaiōshin had saved him, and he had been with him until now. Piccolo thinks that he hadn’t recognized him because he’s somehow different now, even his facial features. The make-up of his ki is also different, with the softness gone. Gohan learns from Trunks that Majin Boo killed everyone, even his mom and Dende. Gohan is angry that everyone is gone, along with the Dragon Balls. Boo says they were delicious, but Gohan does sense a faint ki somewhere… Gohan smirks and walks up to Boo, staring him down. Boo questions whether he intends to fight him… “No. I intend to kill you.”

Boo laughs, and remembers that he’d beaten up Gohan before. Piccolo thinks Gohan can’t possibly win, and the boys prepare to use Fusion to help out. Gohan suddenly powers up and punches Boo in the face, kicks him, blocks a punch, kicks him again, punches him in the gut, kicks Boo into the air, follows after, and then kicks Boo toward the ground. Boo lands hard and quickly looks up to try to find Gohan, but he doesn’t see him. “Over here.” Boo is shocked to hear Gohan’s voice right behind him, and turns to look. ” Smirking, Gohan tells Boo he’s such a fool. Piccolo, Trunks, and Goten’s jaws drop in astonishment. 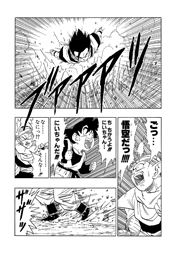 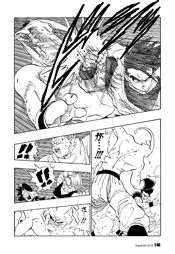 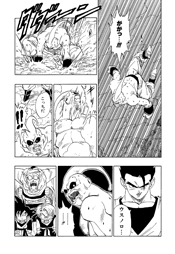