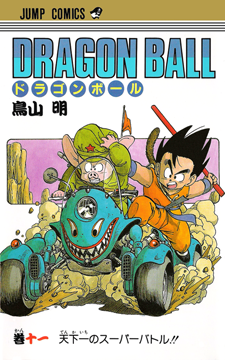 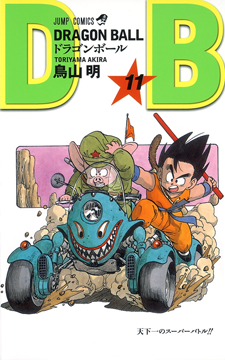 EN
JP
はじめてコミックスのここんところに写真を載せました。ボクと息子の佐助であります。子供の写真を載せたりして、ボクも、いいかげん親バカでありますがこの欄に、いつも絵をかくのもメンドウだし、助かってしまいました。これからも、このパターンでいこうかな。などと横着な考えでおります。つぎはネコのコゲとの写真か、イヌのマトとの写真か…。うーむ、これは簡単でいいわい。
This is the first time I’ve put up my photo in this section of a volume. This is me with my son, Sasuke. In putting up a picture of my son like this, it is of course true that I’m quite the doting parent, but it’s also a lifesaver, because it’s a bother always having to draw an illustration for this column. Maybe I’ll start doing this from now on, is my lazy idea. Next time, maybe I’ll use a photo of my cat Koge, or my dog Mato. Hmmm… This is nice and easy….

This volume compiles chapters 121 to 132 as originally serialized in Weekly Shōnen Jump, covering issues 1987 #21 to 1987 #32. All chapter title pages shown below are those included in this volume. The chapter premiere dates listed below are based on the sale date of their respective issue of Weekly Shōnen Jump, which is when that issue officially went on sale. 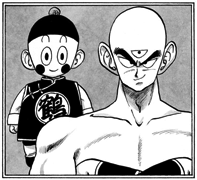 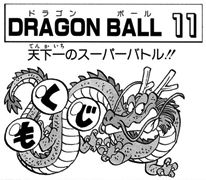 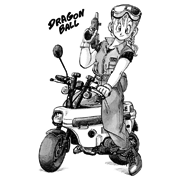